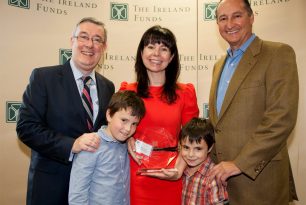 Business and education leaders from Ireland and the US gathered at the Guinness Enterprise Centre for the second annual Ireland Funds' Business Plan Competition. Six teams from Ireland and Northern Ireland were shortlisted from over 60 applicants to pitch their innovative business plans to a panel of entrepreneurs, executives and investors.

Modeled on a similar competition at Harvard Business School, each team’s pitch is assessed based on criteria ranging from market potential of the idea to the tasks and milestones required for implementation.

Ollwyn Moran, a post-graduate student at NUI Maynooth, won the 2013 Competition for Creeper Crawlers, a babygro with grips that encourage crawling, a crucial developmental stage for babies.  Ms Moran took home the top prize of €10,000, with first and second runners-up receiving prize money of €5,000 and €1,000 respectively. In addition, shortlisted teams completed a training programme that helped them to develop their business plans and to create a competitive pitch. Sponsored by Bank of Ireland, the training programme was delivered by the DCU Ryan Academy, which was established to promote an entrepreneurial mindset and innovation focus among existing Irish businesses and start-ups through training, supports and finance.

Bank of Ireland’s Director of Business Banking Mark Cunningham noted that, ‘Bank of Ireland are committed to supporting business across Ireland. The Ireland Funds Business Plan Competition offers a challenging training programme to help early-stage entrepreneurs develop the skills they need to succeed in business and we are delighted to offer our support to them and the many other entrepreneurial ventures across the country.”

Worldwide Ireland Funds’ President and CEO, Kieran McLoughlin said, “Through The Ireland Funds' Business Plan Competition we hope to support this next generation of entrepreneurs by helping them develop the skills required to succeed in business.”

Announcing the winner, William S. McKiernan, chair of the judging panel and founder of CyberSource Corporation said, “The judging panel was so impressed with the high quality of business plans and pitches from across Ireland.  I congratulate all of the finalists for developing such innovative and compelling business plans, and thank them for the role they will play as Ireland’s next generation of business leaders.” Other judges included John Ryan, co-founder of Rovi Corporation (formerly MacroVision); Philip Sharpe of Danu Technologies, Alan Foy of Blueface, Marie O’Connor of PwC, Michael Culligan of Halo Business Angel Partnership and Fergal Mullen of Highland Capital Partners. Bank of Ireland sponsored the competition’s training programme and will provide a banking mentor to the winning team to provide advice and direction to the team as they work towards commercialising their plan.

The Business Plan Competition is the initial event for the Fund's supporters. On Thursday, 20th June, over 200 philanthropists will gather in Kildare for the 2013 Worldwide Ireland Funds Conference, an annual coming together of supporters, Irish business, political, and cultural leaders. This year’s conference will focus on the progress of The Worldwide Ireland Funds Promising Ireland Campaign which is on target to meet its target to raise $140 million for non-profit organisations.

In response to the severe downturn in the Irish economy, The Worldwide Ireland Funds launched the Promising Ireland Campaign in 2009 to raise $100 million by the end of 2013 in support of charities that are experiencing an increased demand for their services at a time of a major reduction in resources. The initial campaign goal of $100 million was reached 19 months early and the goal was revised to $140 million, requiring the Funds to raise $1 million a month until December 2013. The campaign’s title, Promising Ireland, reflects the Funds’ pledge to these groups as well as their belief in Ireland’s future. Over 350 outstanding projects and organizations have received support from the Promising Ireland Campaign. 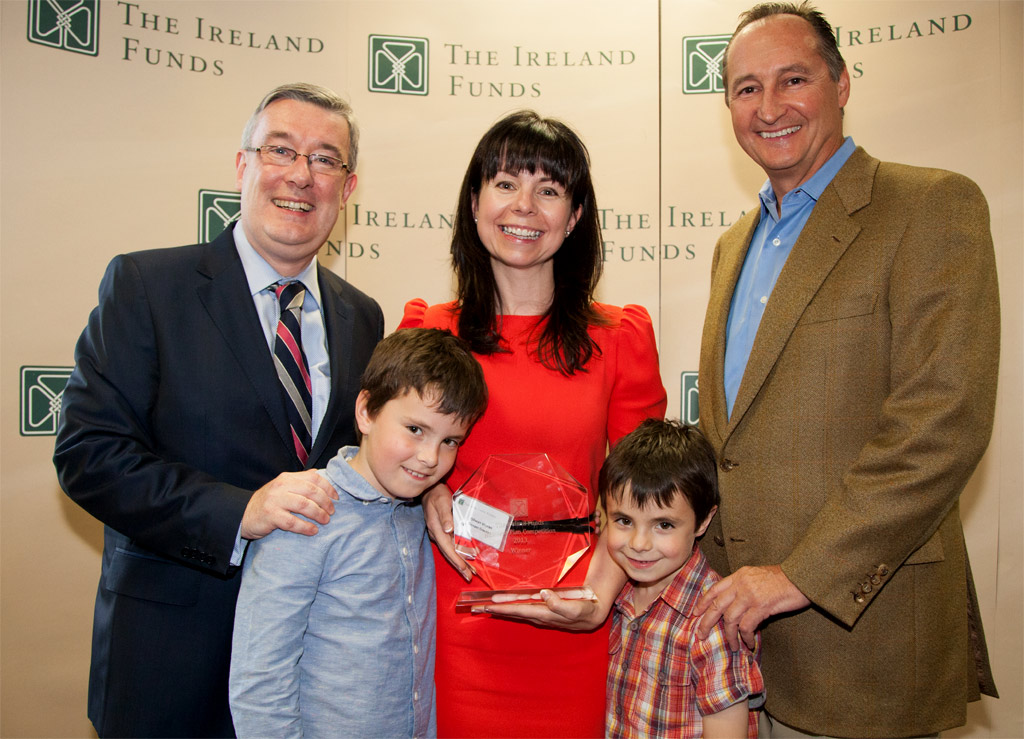