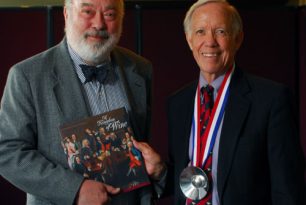 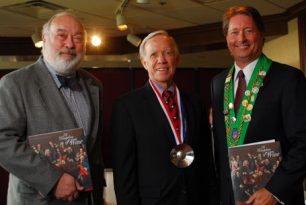 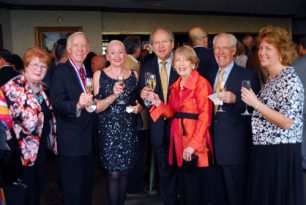 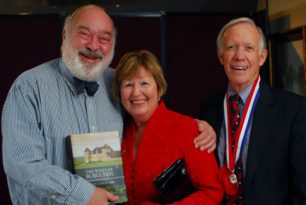 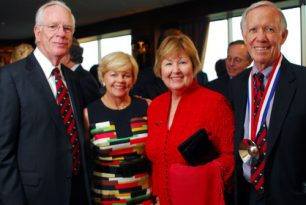 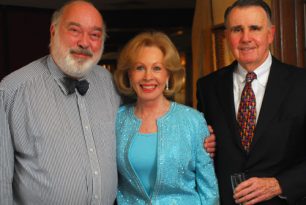 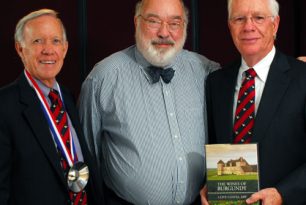 Clive Coates, MW – one of the most respected and entertaining wine authorities in the world – was in Dallas to attend a special dinner featuring Burgundian wines at the Park City Club Friday April 8th.  WineGeese chairman, Cliff Miercort presented Clive Coates with a copy of Ted Murphy’s A Kingdom of Wine.  Cliff also presented a copy of Ted Murphy’s book to Michael Davis, General Manager of the Club and wine aficionado.

WineGeese members will know Coates for The Vine, his independent fine wine magazine, which ran from 1984 to 2005, back issues of which continue to be in high demand.  His books are widely considered the classic works on their respective subjects including Côte d’Or, A Celebration of the Great Wines of Burgundy and the newly released The Wines of Burgundy, which he graciously signed for our WineGeese. 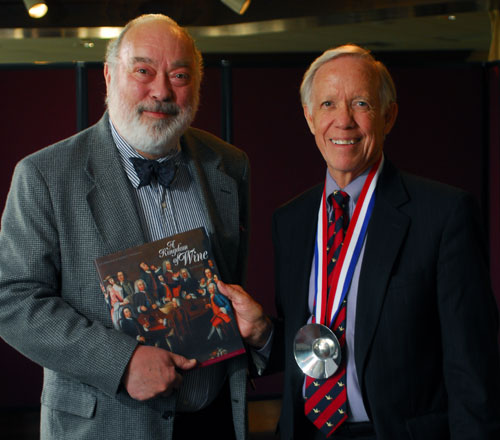 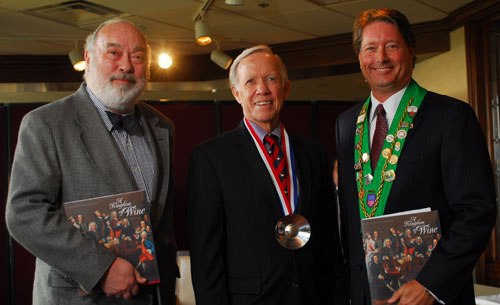 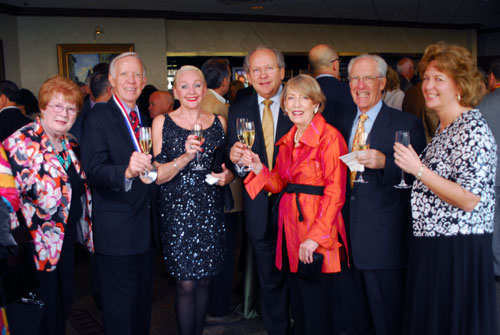 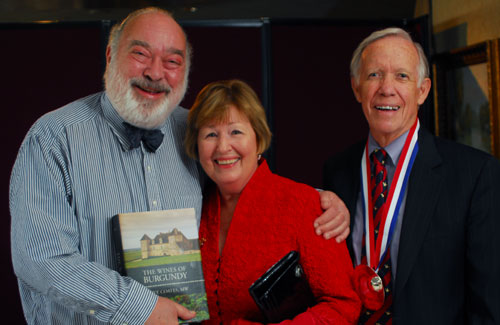 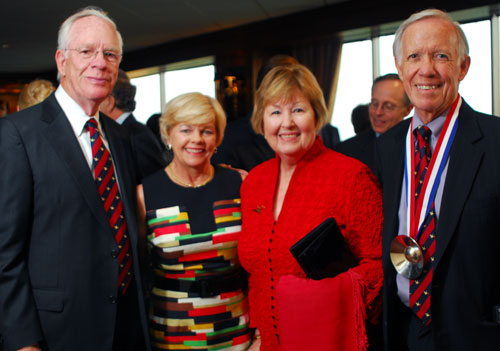 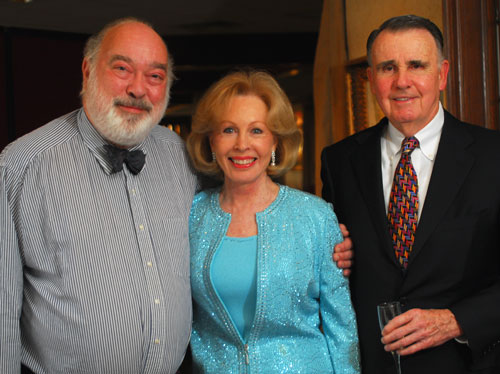 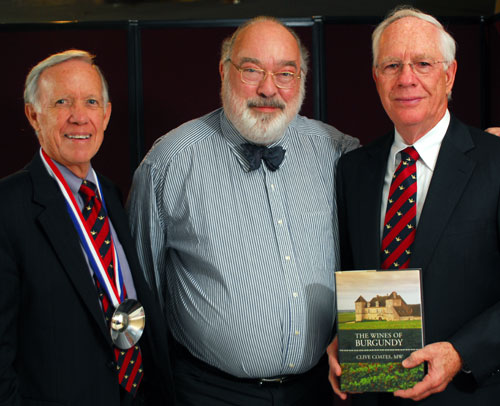