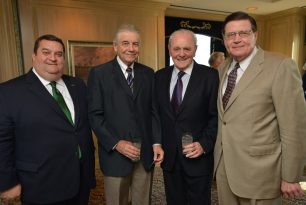 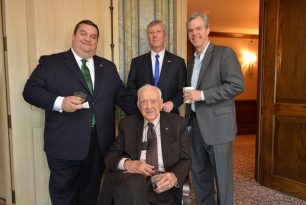 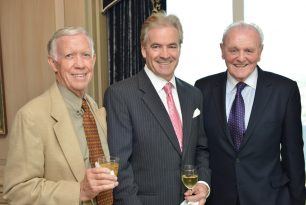 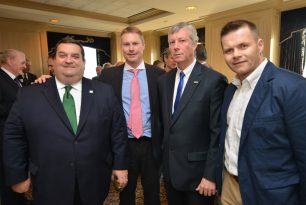 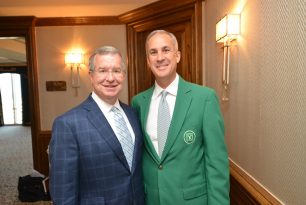 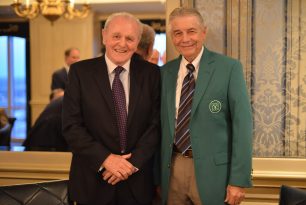 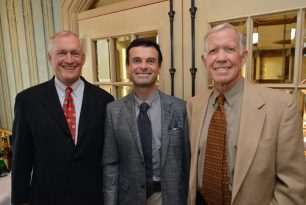 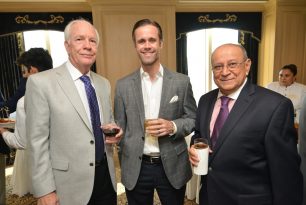 Former Dallas golf Chairmen joined with this year’s Irish golfers to celebrate at the Dallas Petroleum Club. Since its founding in 1934, the Club has been widely considered the city’s leading business and social club. Guests were treated to unparalleled views of Dallas while dining on the superb international cuisine for which the Club is known.

It was a particularly happy reunion as all present were thrilled to welcome host Tommy Gallagher back to this annual event after having had to miss last year recovering from knee surgery in Dublin. Tommy took the occasion of his return to present Archie Bennett with a well-deserved Honorary Green Jacket in recognition of Archie’s unwavering and tremendously generous support which makes the Texas Irish American Cup Challenge possible.

For his part, 2014 golf Chairman, Sam Chantilis spoke of his love for Ireland and his appreciation for the camaraderie of his Irish friends. Sam thanked the Irish for travelling to Dallas again this year and in particular he expressed his appreciation to last year’s Chairman Chris Carrie, as well as to Waymon Levell for originally getting him involved with the Texas Irish American Cup Challenge.

Irish golfers John Kennedy and Johnny Cantrell brought due attention to a true hero in the room. Former Dallas golf Chairman, Joe Geary was previously named Knight of the Legion of Honor, France’s highest military decoration for his role in France’s liberation during World War II. Next month, the Daughters of World War II are flying Joe Geary to Normandy to join in the celebration of the 70th Anniversary of D-Day.

Mike Corboy rounded out the evening by reminding everyone of the roots of the event – the involvement of Jack Sistrunk, and Tom Tierney. Finally, Nick Gallagher thanked his father Tommy, for continuing to work hard to make certain that this is a great event for everyone from both sides of the Atlantic. 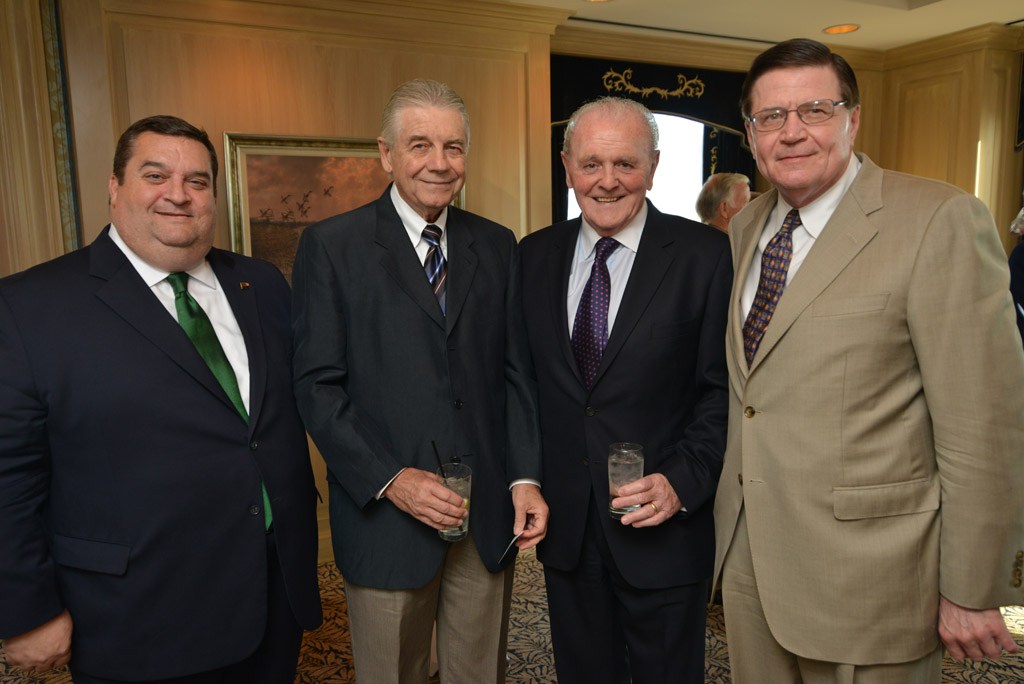 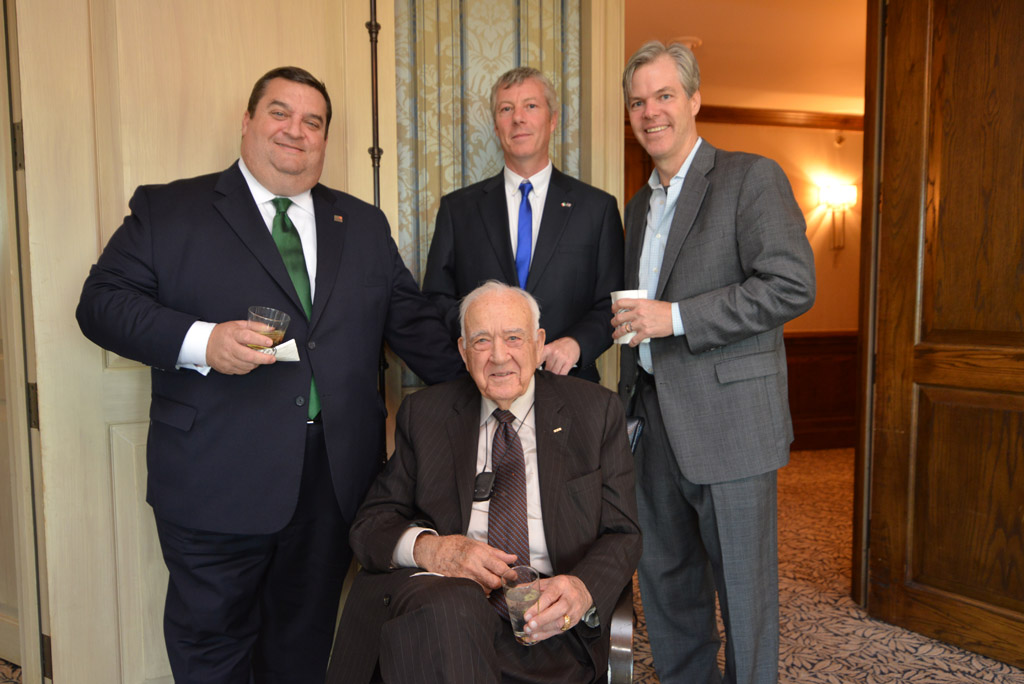 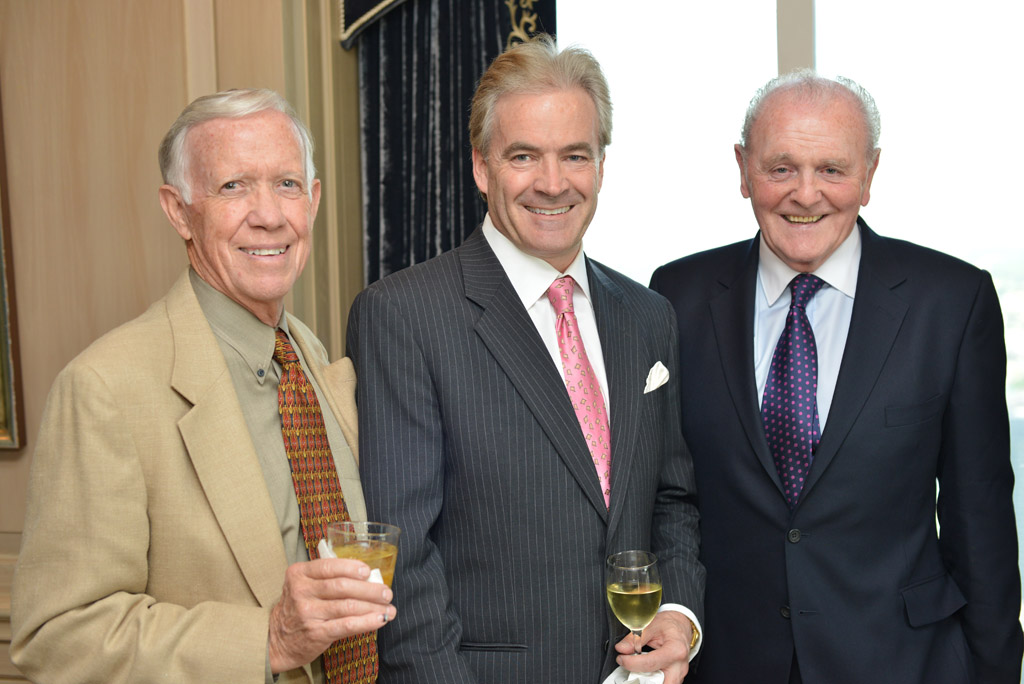 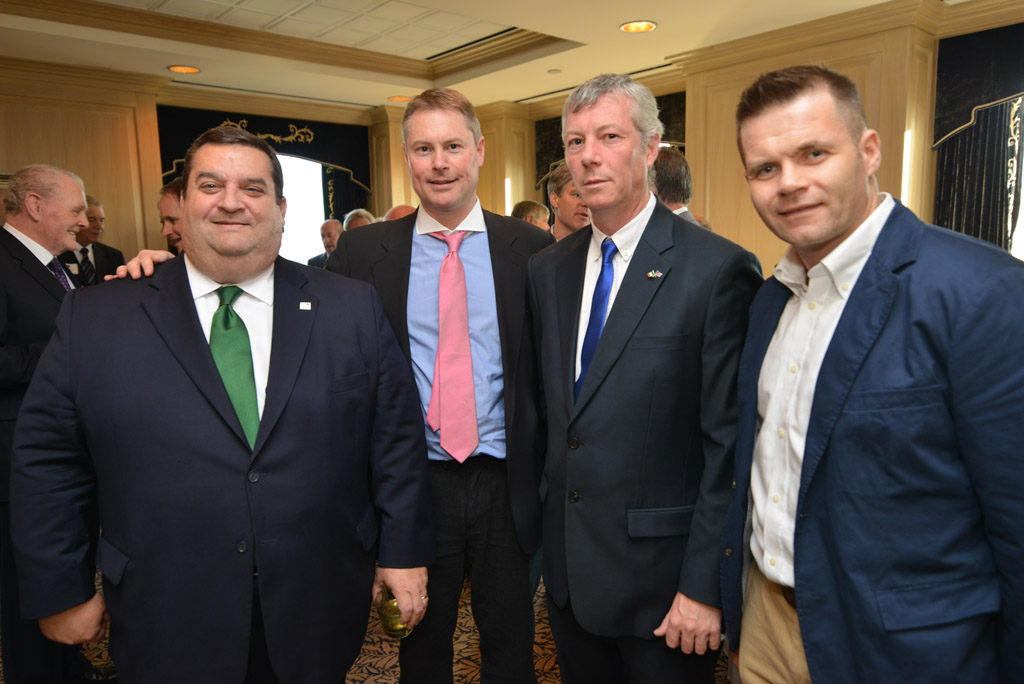 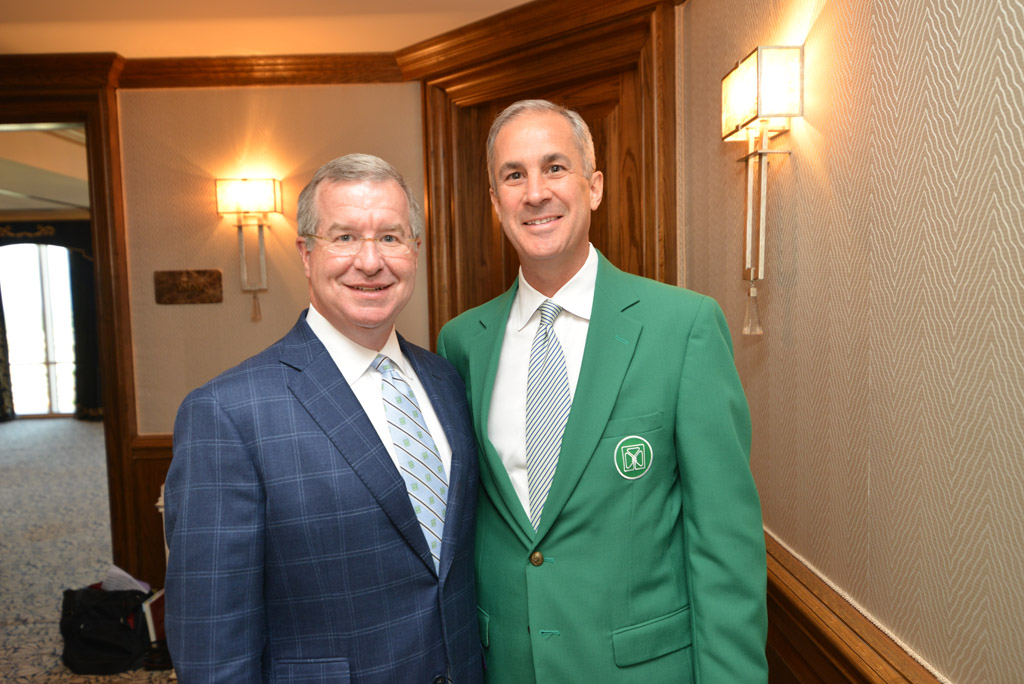 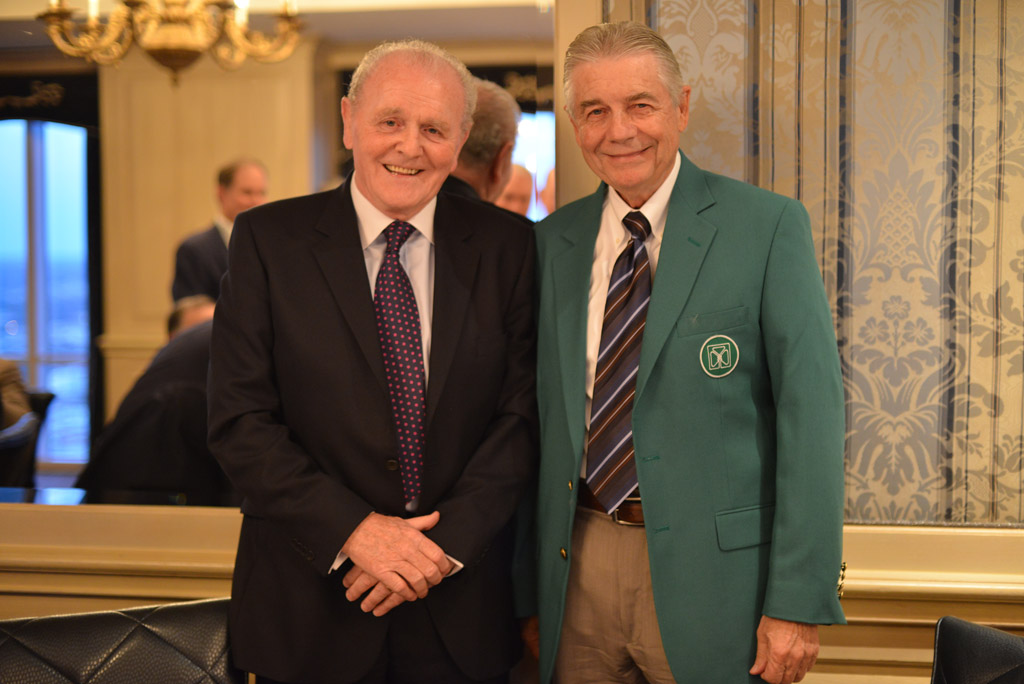 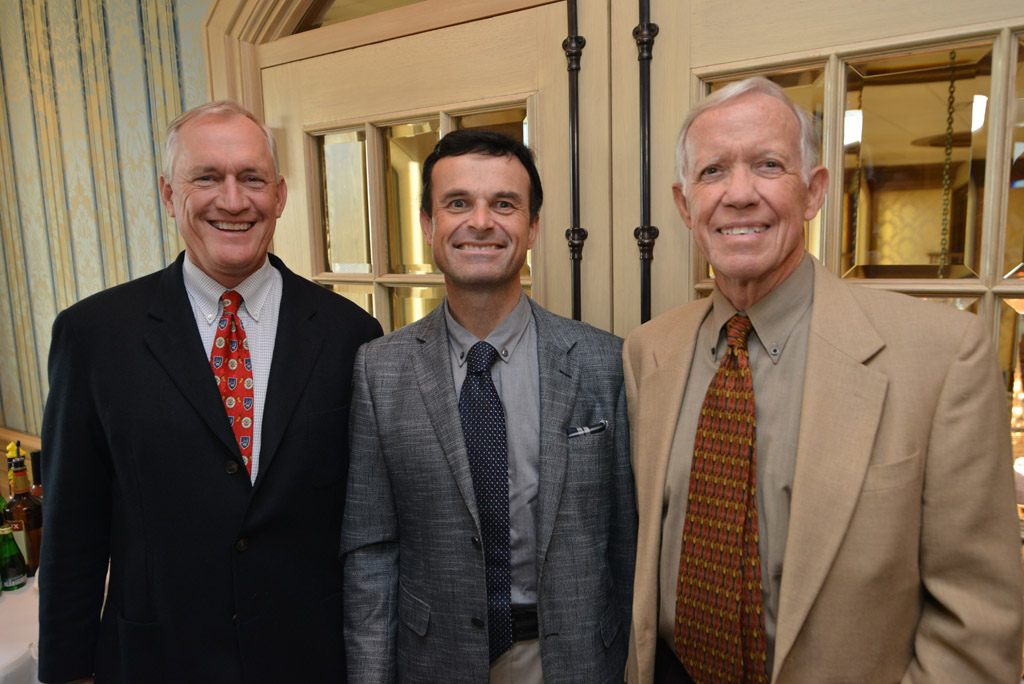 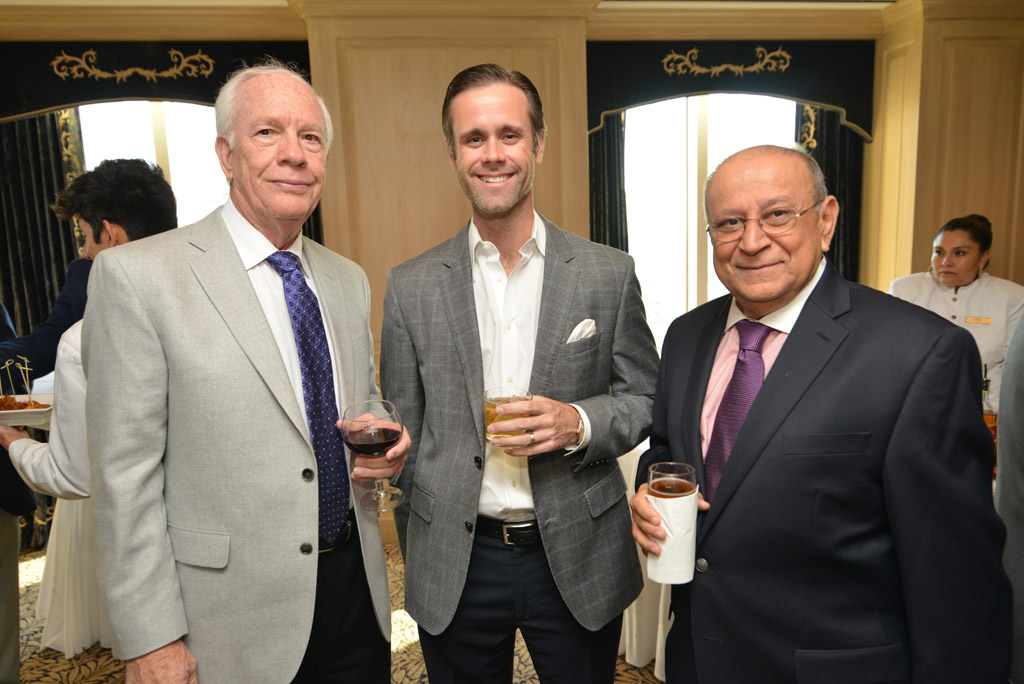