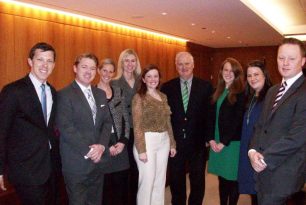 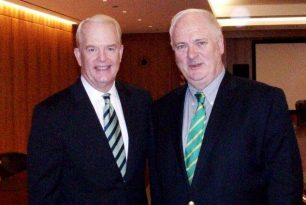 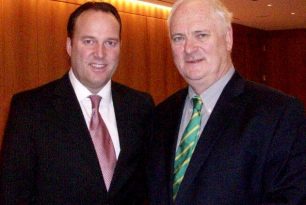 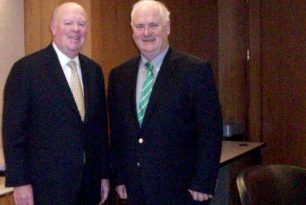 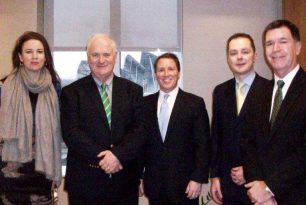 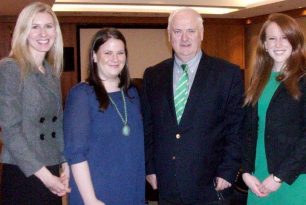 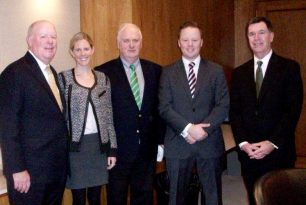 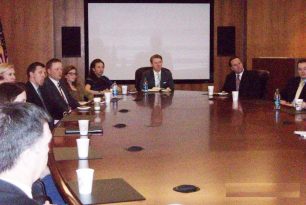 On March 11, Regional Advisory Board Members, Young Leaders and friends of The American Ireland Fund joined National Board Member and Executive Chairman of AON Benfield, Michael O’Halleran, for breakfast in Aon’s board room with former Taoiseach, Mr. John Bruton. Mr. Bruton served as the Taoiseach (Prime Minister) of Ireland, 1994-1997; the European Union Ambassador to the United States, 2004-2009 and has held several Ministerial positions including Minister for the Public Service; Minister for Finance; and Minister for Industry, Trade Commerce and Tourism.

Former U.S. Ambassador to Ireland Jim Kenny, who had the opportunity to work with Mr. Bruton, introduced him and gave an overview of his accomplishments as Taoiseach and EU Ambassador.  Mr. Bruton, in turn, gave an update on the economy in Ireland and the latest news on the EU and the concerns impacting Europe at the present time.

A brief Q&A session wrapped up the morning. The Leadership Forum was an exceptional opportunity for supporters of The American Ireland Fund to get a firsthand report on global  issues from Mr. Bruton. It was a great way for Chicago to kick off St. Patrick’s week as The Ireland Funds prepare to host numerous events around the world. 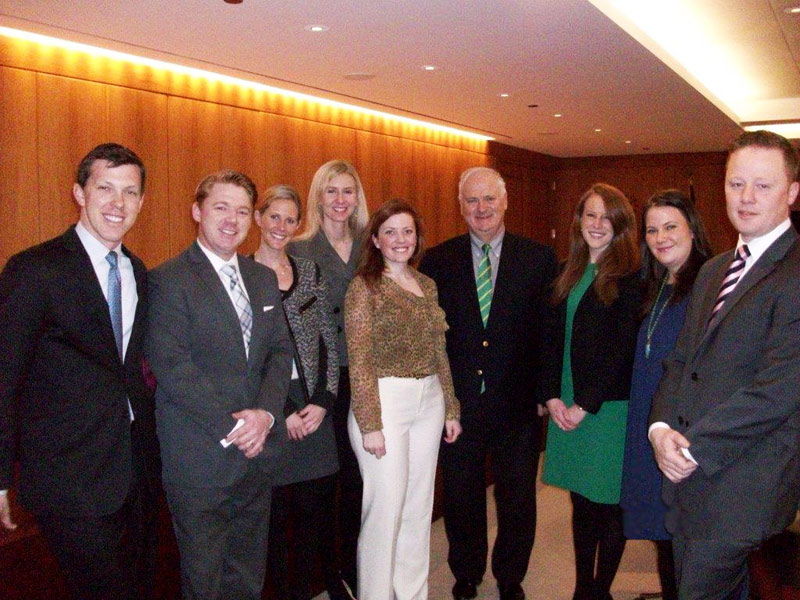 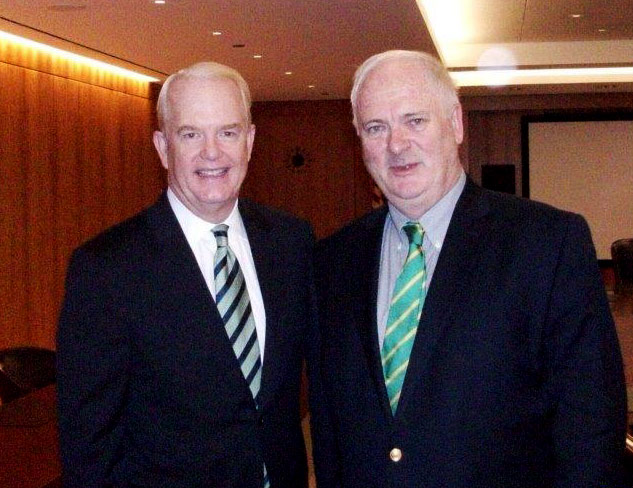 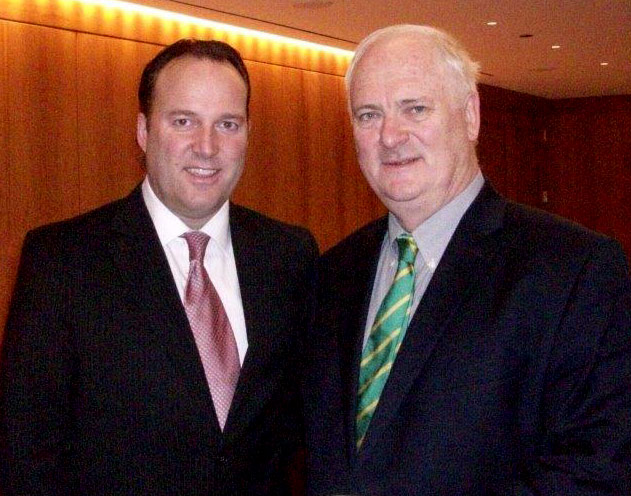 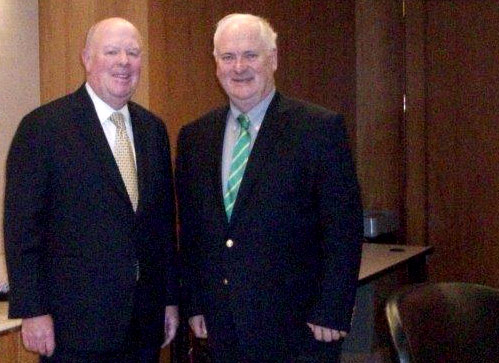 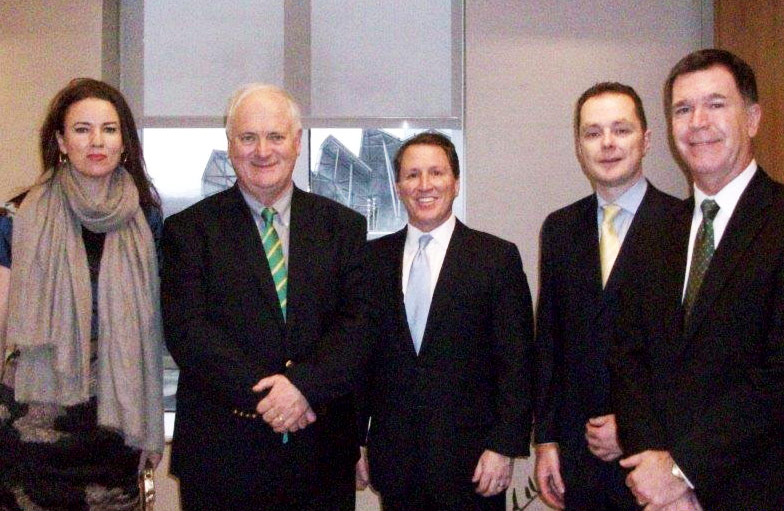 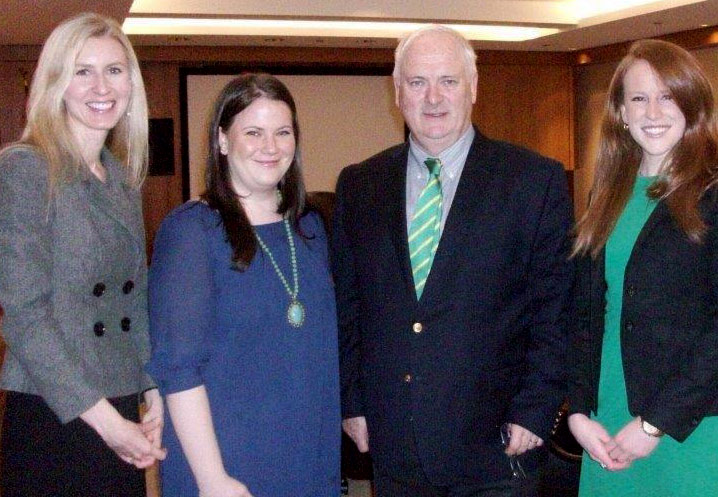 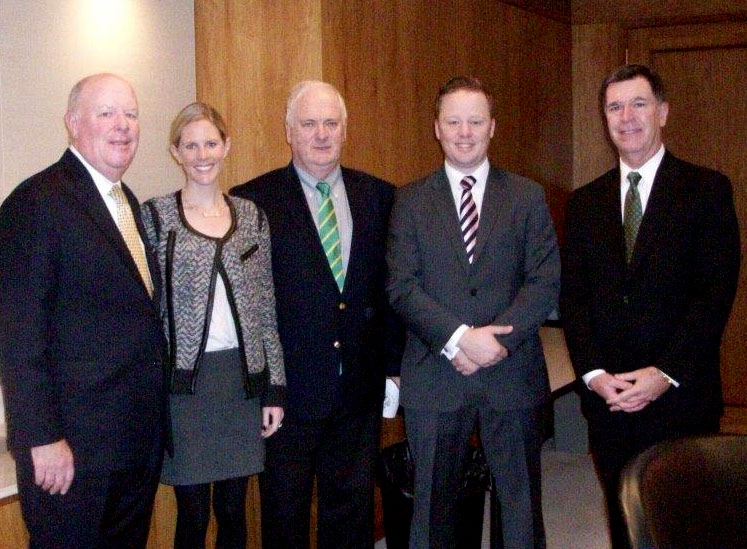 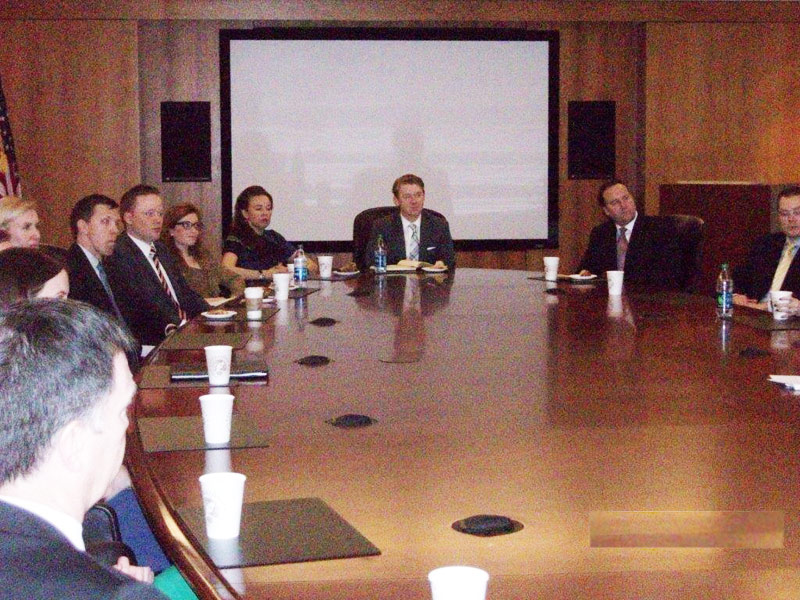