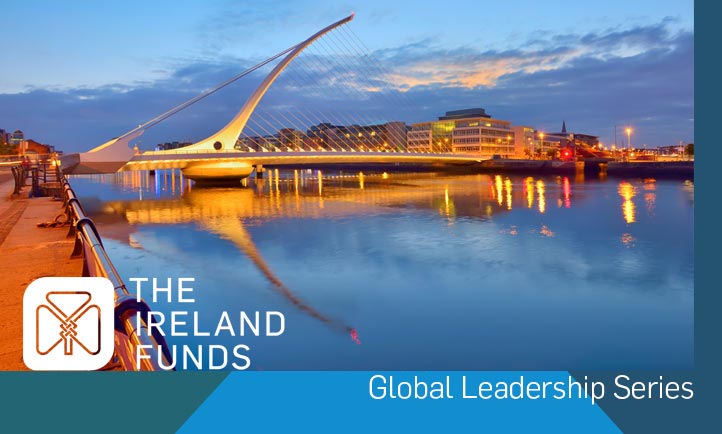 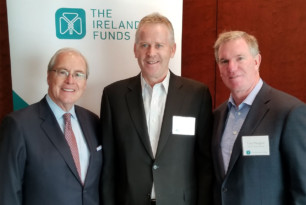 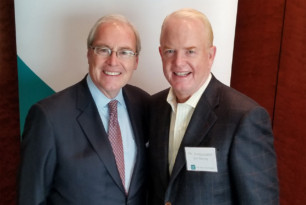 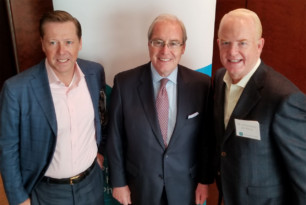 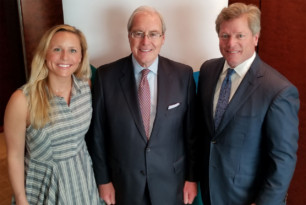 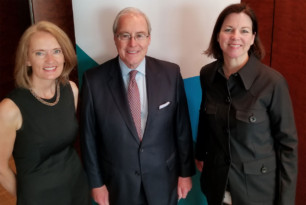 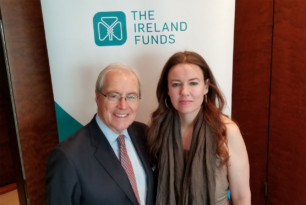 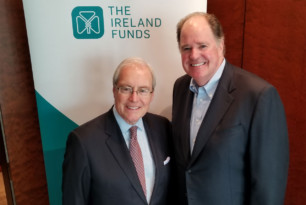 Ambassador O’Malley served as the U.S. Ambassador from 2014-2017. During his time as Ambassador he visited every county in Ireland, engaged with the peace process in Northern Ireland and strengthened the relationship with the country where his grandparents were born.

Ambassador O’Malley has left what he hopes will be a lasting legacy. From the day he took on the role of Ambassador he was determined to expand support for Creative Minds, a favorite project of his. The original aim of the Creative Minds Series was to invite prominent US artists, writers, filmmakers, digital culture innovators, musicians and medical people to share their experience with young Irish audiences. The series of collaborations between prominent American cultural and business innovators and their young Irish counterparts has been a tremendous success.

Ambassador O’Malley also spoke to Ireland Funds’ supporters about the business opportunities in Ireland, Brexit, the political process and the upcoming changes in Ireland’s leadership. He ended his remarks expressing his great admiration of the leadership of An Taoiseach, Enda Kenny, and his impact on Ireland.

The breakfast was hosted by Tom Meagher, GCM Grosvenor, and was attended by board members of The Ireland Funds America along with several key supporters. 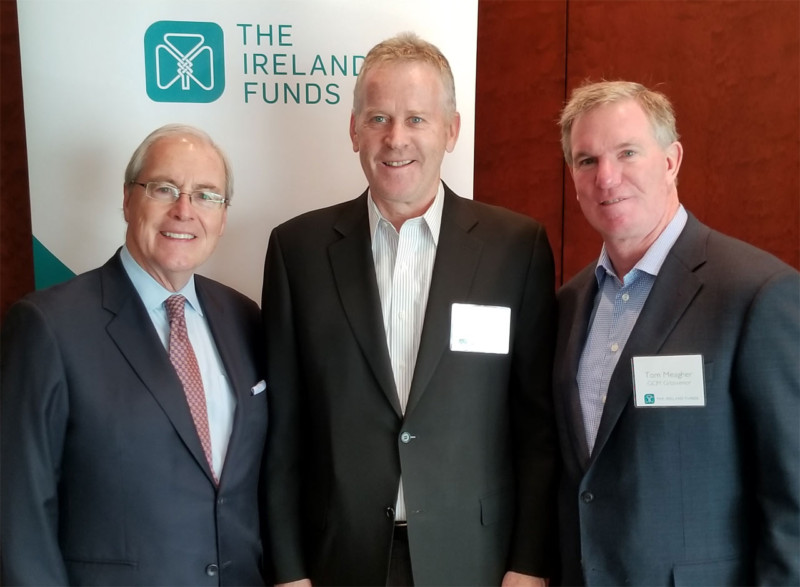 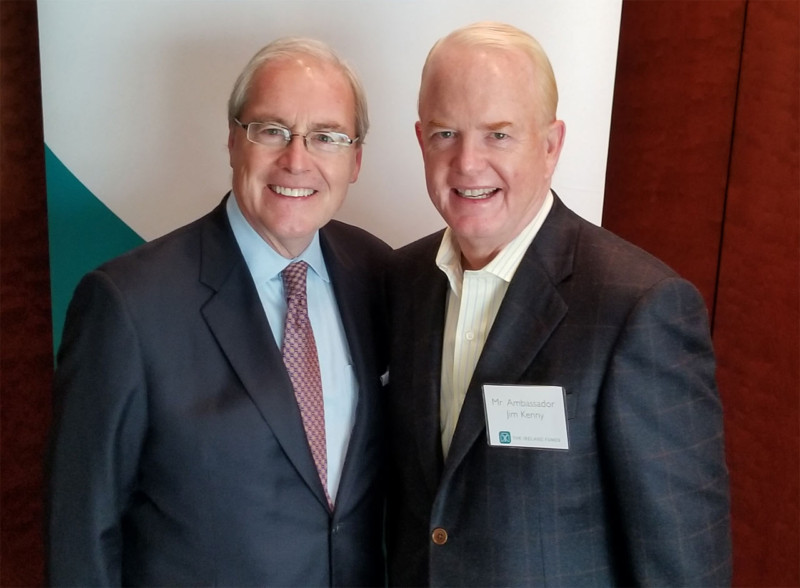 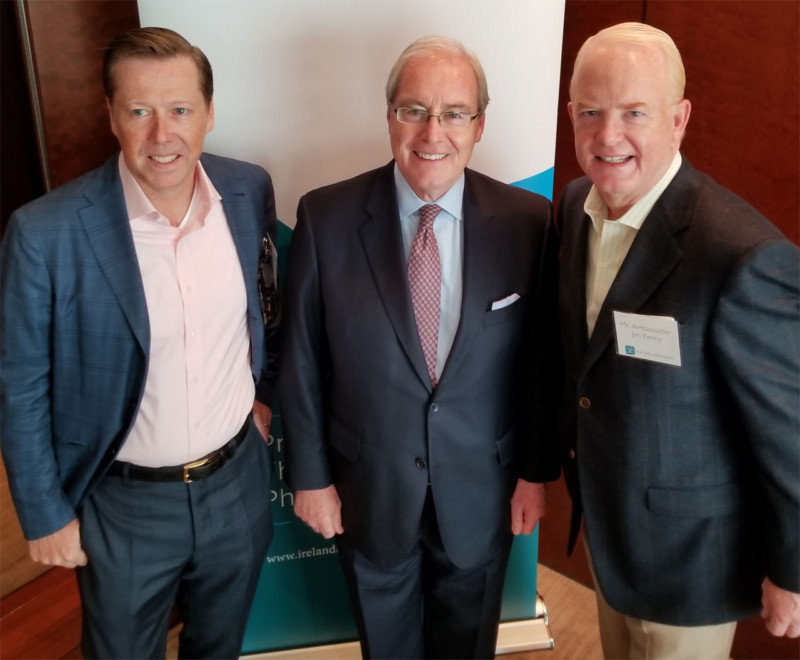 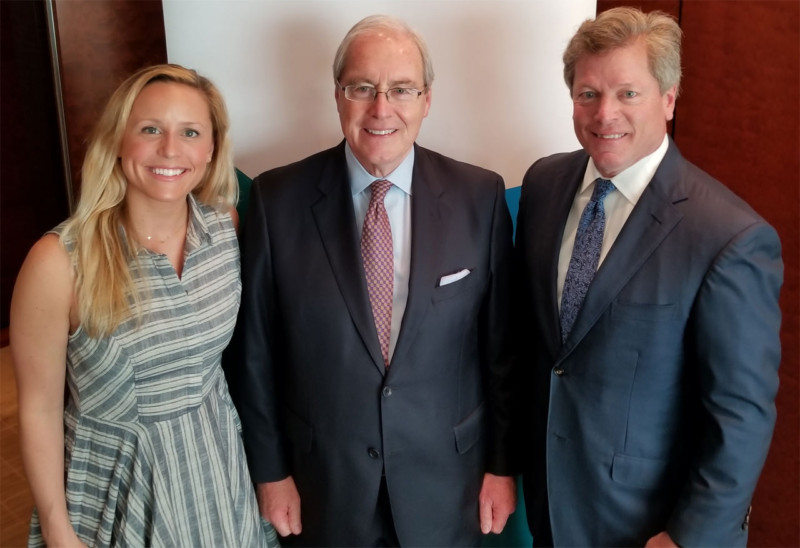 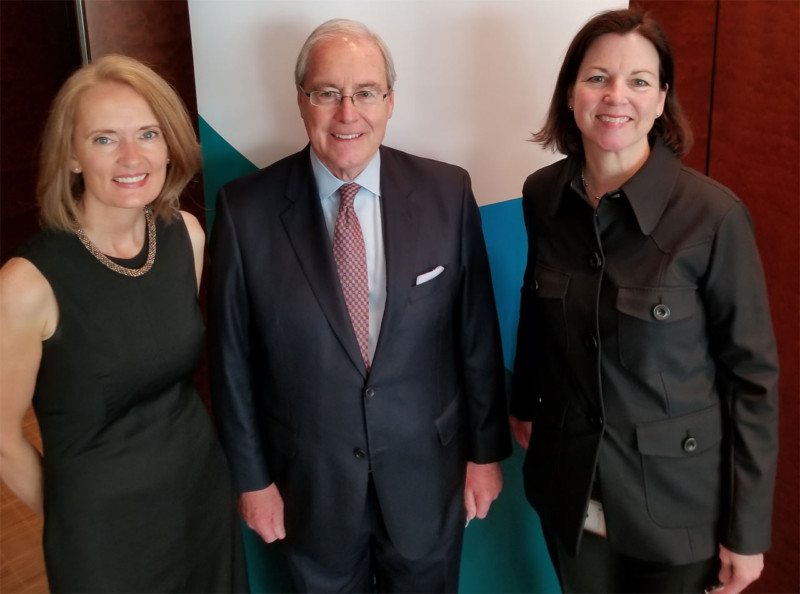 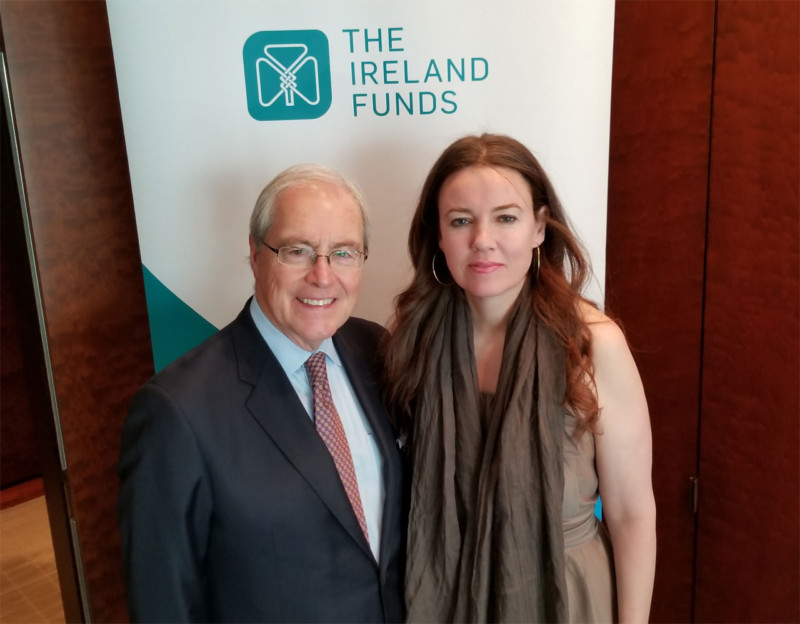 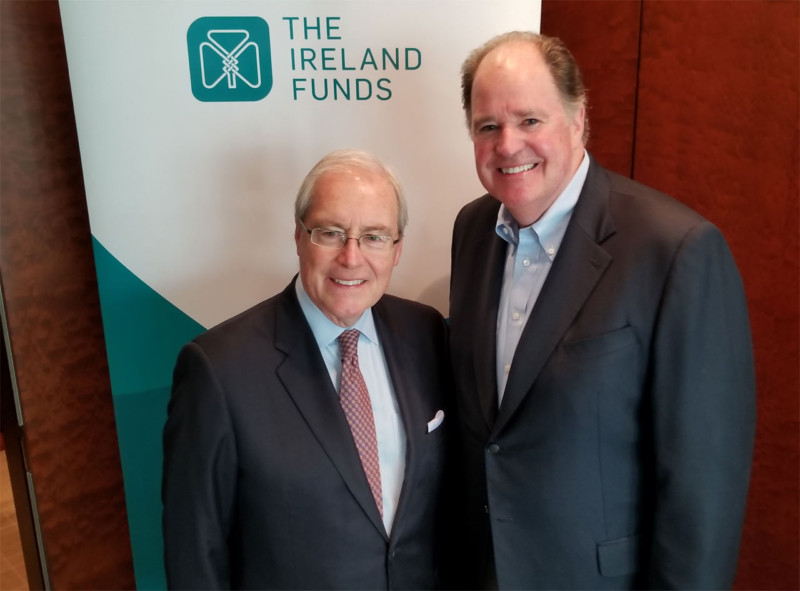 Private Event – by invitation only 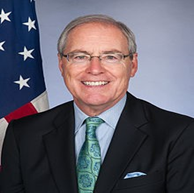 Ambassador O’Malley served as the United States Ambassador to Ireland from 2014 to 2017.

Previously, Mr. O’Malley was a trial lawyer in the Litigation Department at Greensfelder, Hemker & Gale, P.C. in St. Louis, Missouri, where he was a partner, until resigning in order to become a US Ambassador.

During his tenure as Ambassador, he visited every county in Ireland, engaging with the peace process in Northern Ireland and getting to know the country where his grandparents were born.
Among the most poignant moments for O’Malley was when he presented his credentials to President Michael D Higgins at Áras an Uachtaráin on October 8, 2014. Flanked by a guard of honour from Collins Barracks in Cork, it was a solemn and formal occasion but a moving one, too.
“I stood in front of the President’s home, listening to the band play ‘The Star Spangled Banner’ and I could see the faces of my grandparents,” he recalled.

They were Michael and Elizabeth O’Malley who left their home in Westport, Co Mayo, for the US in 1907, with seven children in tow. They had eight more in the US, the first of them the ambassador’s father, after they settled in Chicago in 1910.