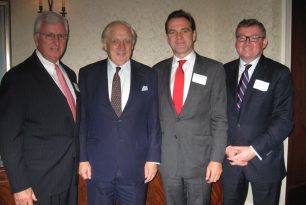 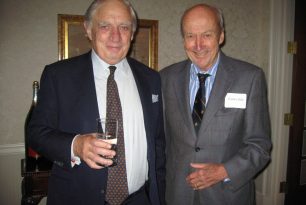 On Wednesday, October 10th, The American Ireland Fund and Michael
Lonergan, Ireland’s Consul General in Boston, hosted a reception at the
Boston College Club in honor of Peter Sutherland, Chairman, Goldman
Sachs International and the London School of Economics, and former
Chairman of The Ireland Fund of Great Britain.  Approximately sixty
guests attended, including a variety of American Ireland Fund directors,
supporters and Young Leaders.

Peter Sutherland was introduced by acclaimed historian,
documentary-maker, weekly columnist for Newsweek and editor for
Bloomberg TV,  Niall Ferguson, the Laurence Tisch Professor of History
at Harvard and Senior Fellow at Stanford.

Peter Sutherland’s remarks focused on “The European Debt Crisis and the
Future of the Euro.” Sutherland’s direct participation in the creation
of the Euro Zone and current high-level, political discussions about its
present challenges were readily apparent and appreciated by the
audience and made his remarks particularly timely. Following
Sutherland’s remarks, a lively and insightful question and answer period
was moderated by Professor Ferguson. After the session, the discussions
continued in small groups at a well-attended cocktail party at the
stately Boston College Club as the sun set to the west, accenting the
beautiful view along the Charles River. 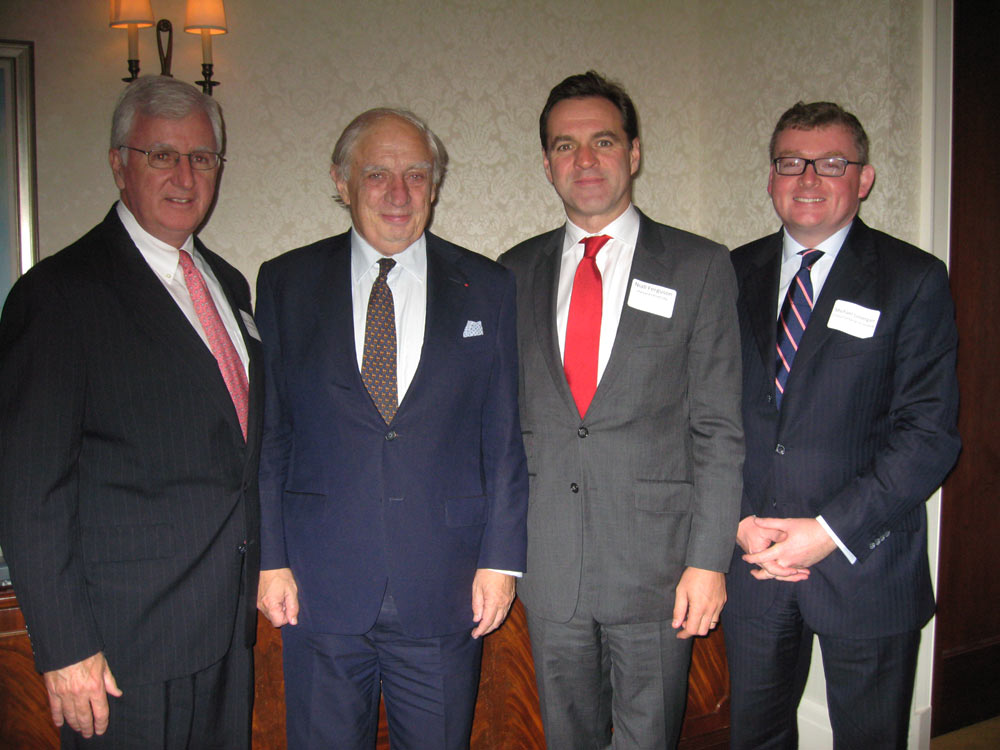 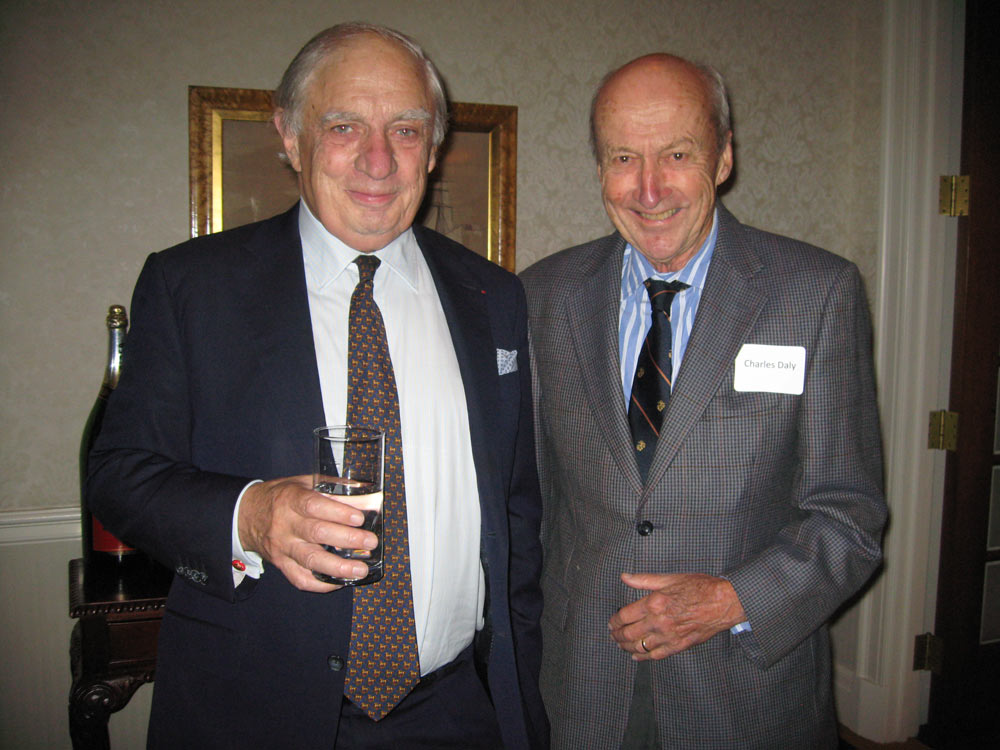 Topic:  “The European Debt Crisis and the Future of the Euro”