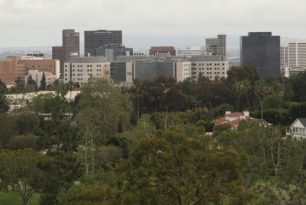 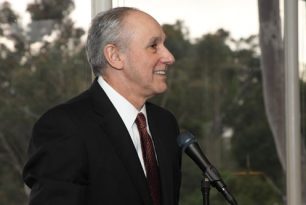 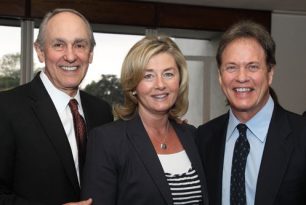 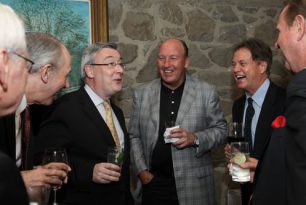 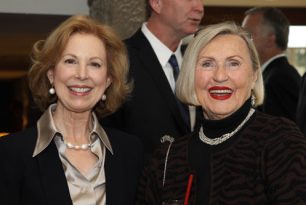 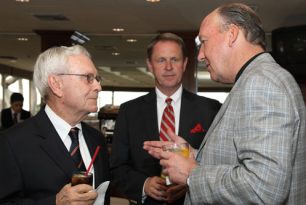 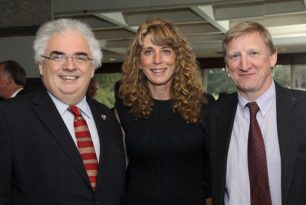 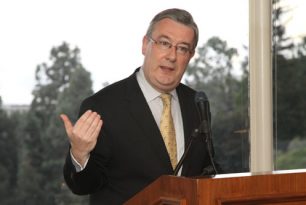 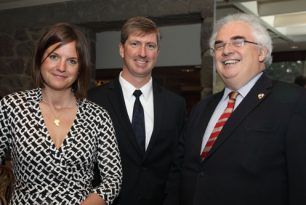 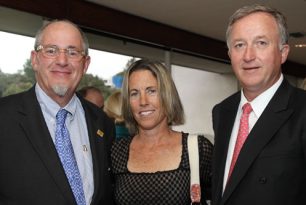 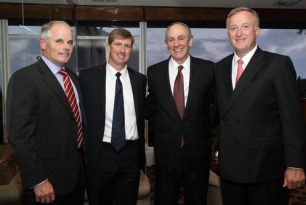 After heavy showers overnight, it felt like an Irish summer’s day in Los Angeles on Wednesday, April 11th, appropriate for The American Ireland Fund’s first event of 2012 in southern California.  Bel Air was beautiful, lush and bursting with Spring flowers.  From the exclusive Bel Air Country Club on Bellagio Road, a glorious panoramic view of the city unfolded beyond exquisitely manicured greens that were in impeccable condition.  Founded in 1927, this is considered one of the most challenging golf courses on the West Coast.  According to published reports, Howard Hughes once landed his airplane on one of Bel Air’s fairways to impress Kathrine Hepburn, who lived off the 14th fairway. Hepburn was taking lessons from one of the pros at the time. Hughes emerged from the aircraft with his clubs and joined the twosome. Club executives were so furious that Hughes resigned his membership the following day and never returned to the club.  “It’s a place where people gather to enjoy the game in a beautiful setting. I think there’s hardly a lovelier place anywhere.” – Eddie Merrins, former head pro.

Ed White gave a special introduction to Kieran McLoughlin who spoke warmly of the importance of Los Angeles in the history of The American Ireland Fund and the desire to re-establish a stronger presence in the market.  Several networking events are upcoming over the next year and  it is expected that Los Angeles will play a significant role in the current Promising Ireland Campaign to raise $100m by the end of 2013.  After a wonderful evening like this, we look forward to bringing everyone together for another memorable gathering soon.

Sincere thanks and appreciation to Edward White. 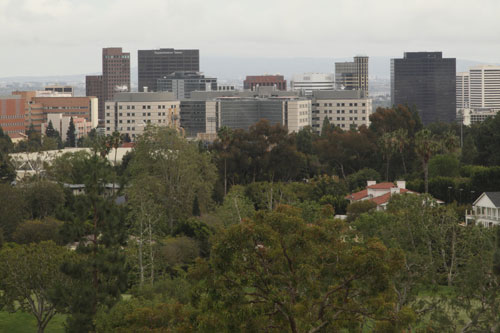 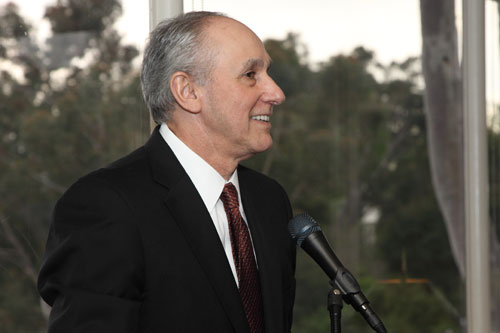 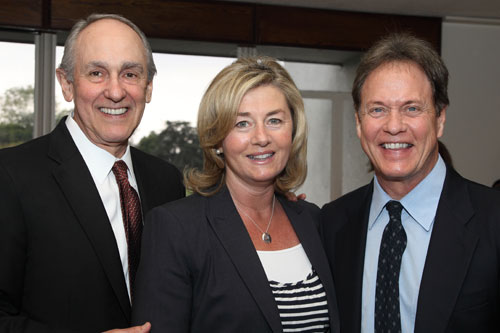 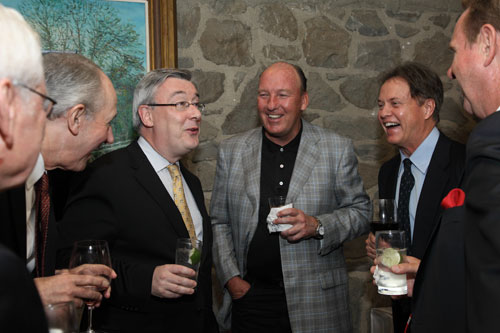 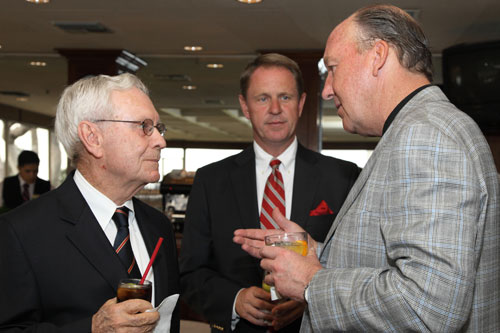 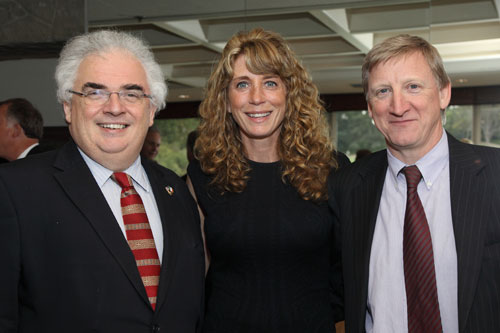 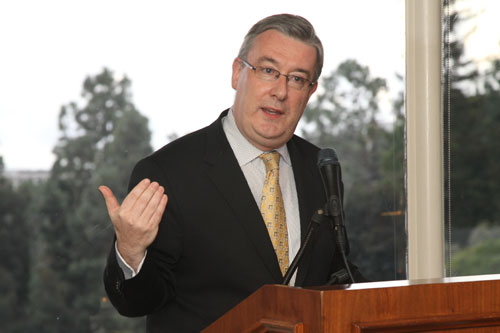 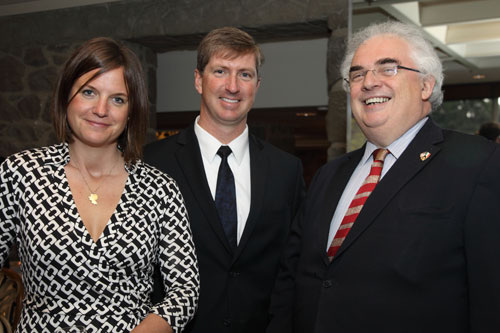 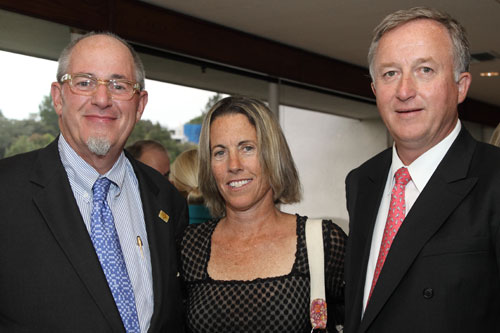 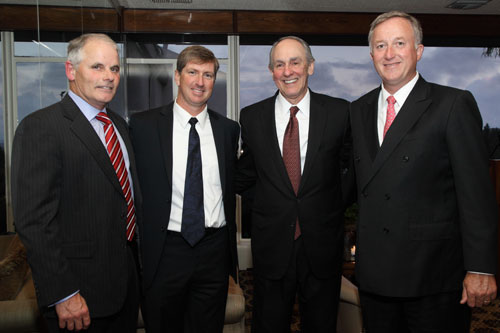