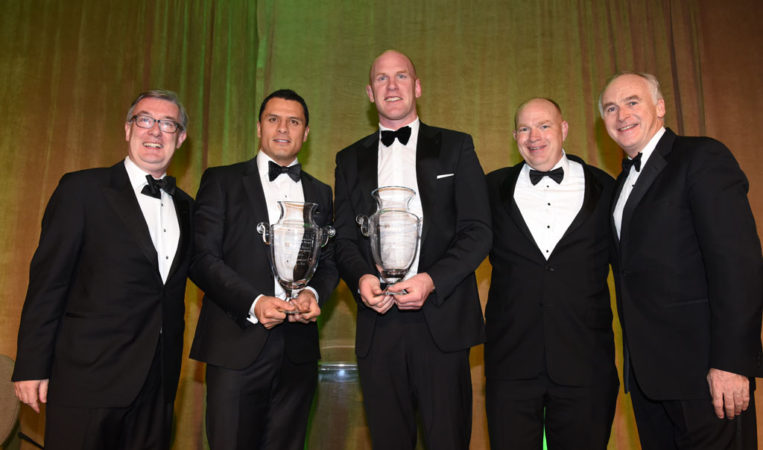 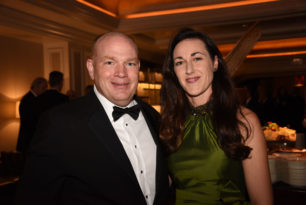 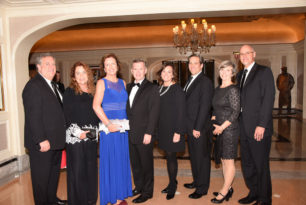 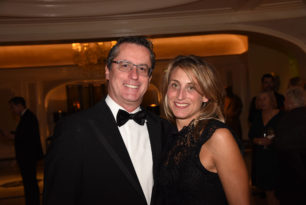 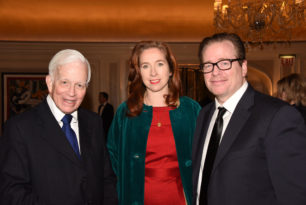 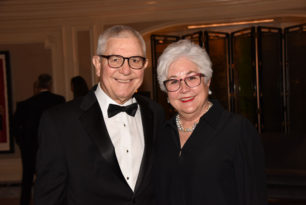 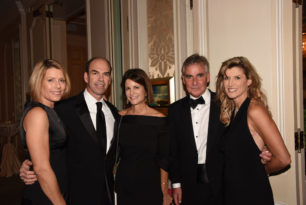 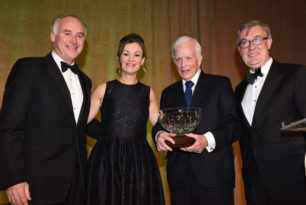 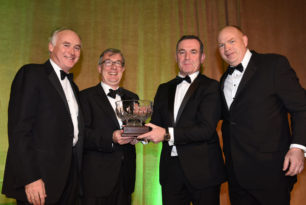 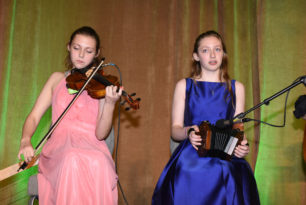 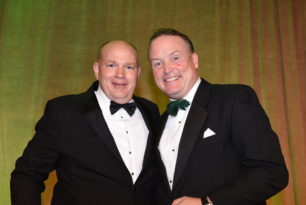 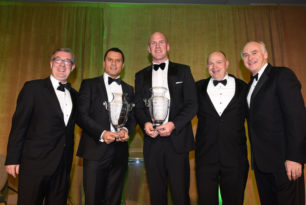 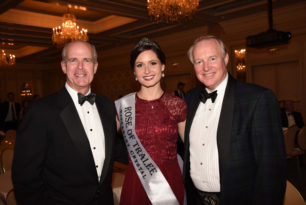 The Ireland Funds in Chicago hosted the dinner of the century on November 2, 2016 –thanks to the Chicago Cubs!

Over 525 friends of Ireland gathered for the Chicago Dinner Gala and what a celebration it turned out to be.

Devon Bruce, the 2016 Dinner Chairman, welcomed the guests and thanked the hard working dinner committee.  He spoke of the impact of The Ireland Funds on the entire island of Ireland. An impact he and his wife Yvonne have had the chance to see firsthand through their visits to projects supported by The Ireland Funds. He invited the guests to do the same by attending the Worldwide Conference which will be held in June of 2017 in Ireland.

John Fitzpatrick, Chairman of The American Ireland Fund, and Kieran McLoughlin, President and CEO of The Worldwide Ireland Funds, thanked the supporters of the dinner and gave an update on the Funds, now marking its 40th year of philanthropy in Ireland.

Mr. Andrew McKenna presented The American Ireland Fund Leadership Award to Mary Dillon, CEO of Ulta Beauty.  Mary acknowledged the impact the values passed down from her Irish grandparents of hard work and love of family have had on her life and career. Surrounded by her wonderful family she told the very compelling and inspiring story of her journey from being one of the first in her family to attend college to achieving her present position as a CEO.  She also paid tribute to Mr. McKenna as a renowned business leader who has done so much to empower and encourage women and people of color to take their place in the nation’s boardrooms.

The unforgettable raffle prize of a trip to Ireland was raffled off by Pat Tully, Director of The Ireland Funds Young Leaders.  Special thanks to United Airlines (Chicago’s hometown airline), Ballyfin, Ireland’s Blue Book and Sheen Falls Lodge for helping to make this trip possible. Devon’s special guest, Edward Guinness, The Fourth Earl of Iveagh, added a special tour of Guinness to the evening’s raffle.

And, in anticipation of the upcoming Ireland v. New Zealand Rugby Match we were privileged to honor two Rugby legends, Paul O’Connell and Doug Howlett with The Ireland Funds Sportsmanship Award.
Irish music, as always, was an integral part of the Gala.  Harpist Kavan O’Donoghue and fiddle player, Maggie Danaher greeted the guests as they arrived.

The game was a constant presence on big screens.  So guests did great work for Ireland while being part of this unique moment in Chicago’s history. They cheered  on their home team, the Chicago Cubs, to victory in the seventh game of the World Series- a title they have not won in 108 years.

The weekend was then capped off with Ireland’s victory over New Zealand-again something that has not been achieved in over a century-111 years to be exact.

The unheralded winners of this historic week, however, are the life-changing projects that will be supported as a result of the funds raised at the dinner.

Thank you to all our generous supporters for making this evening possible. 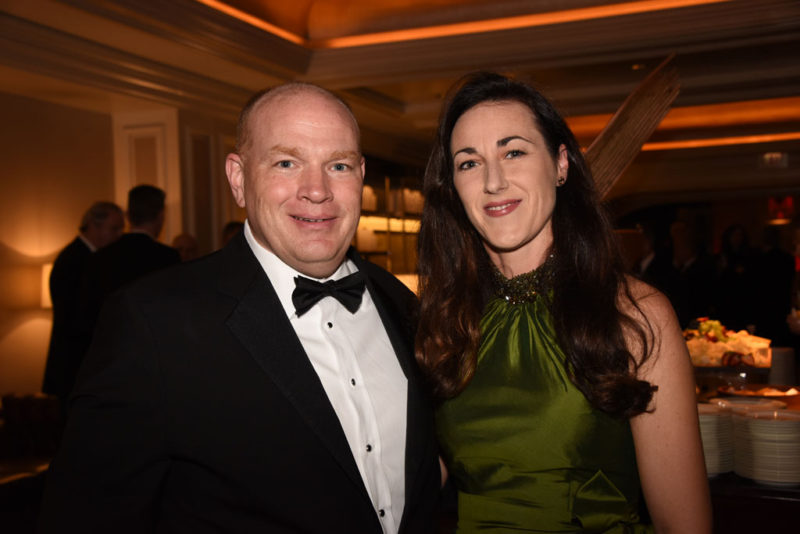 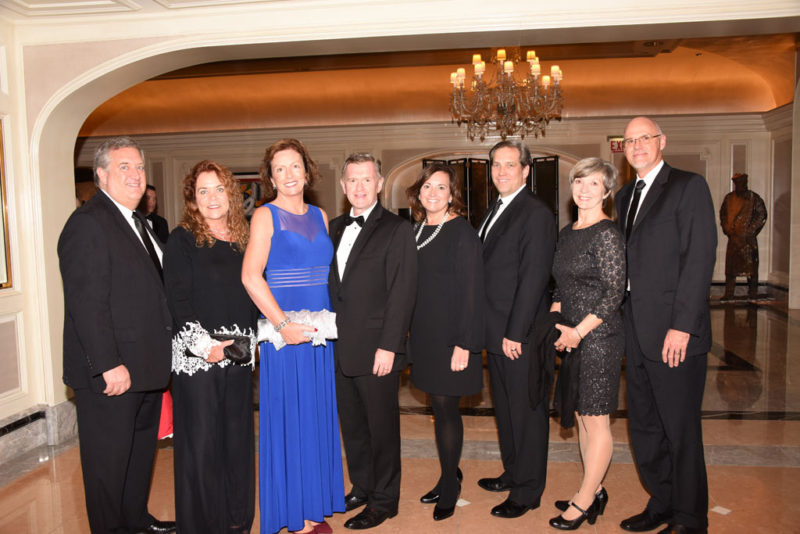 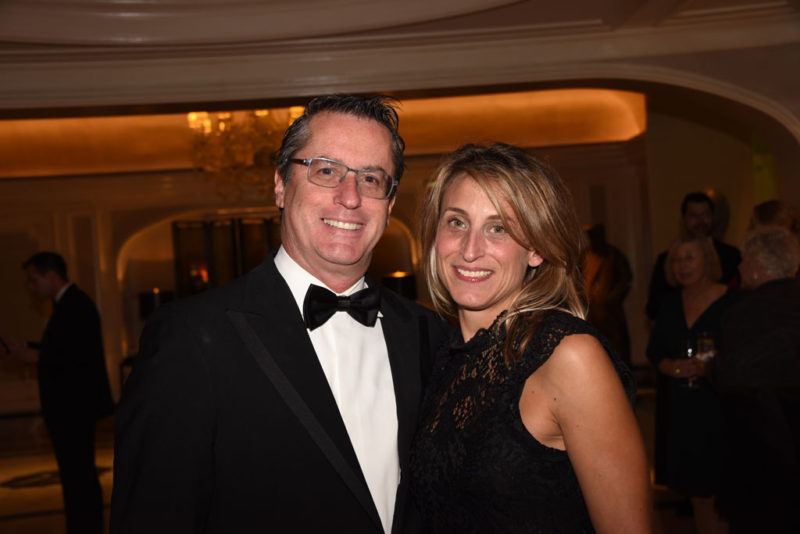 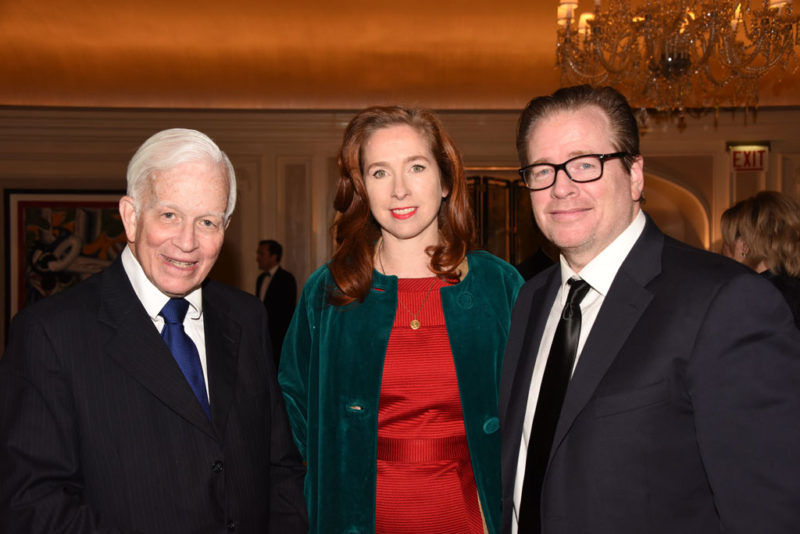 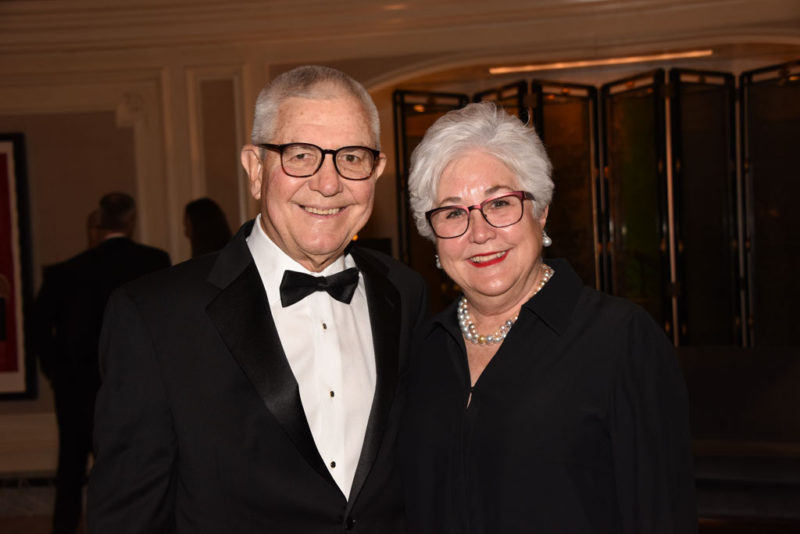 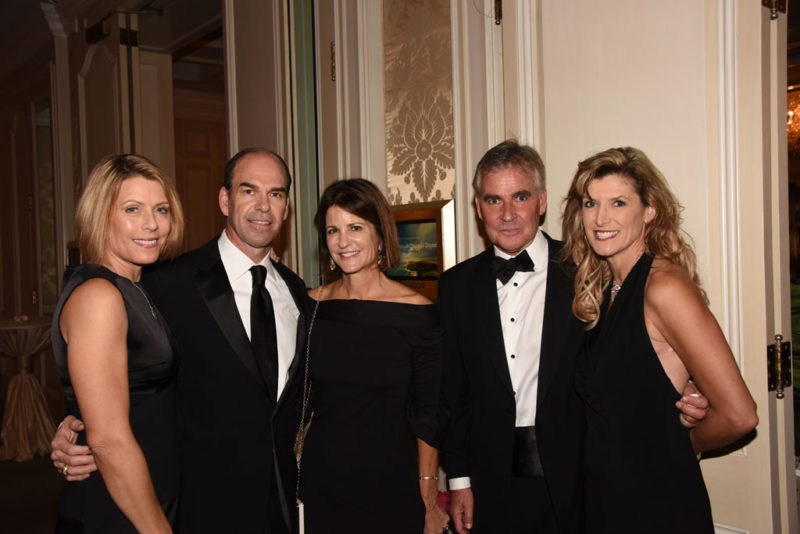 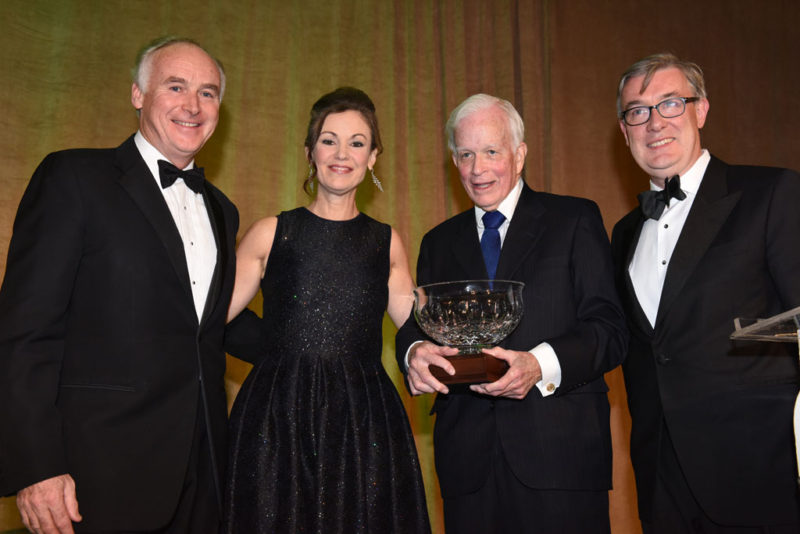 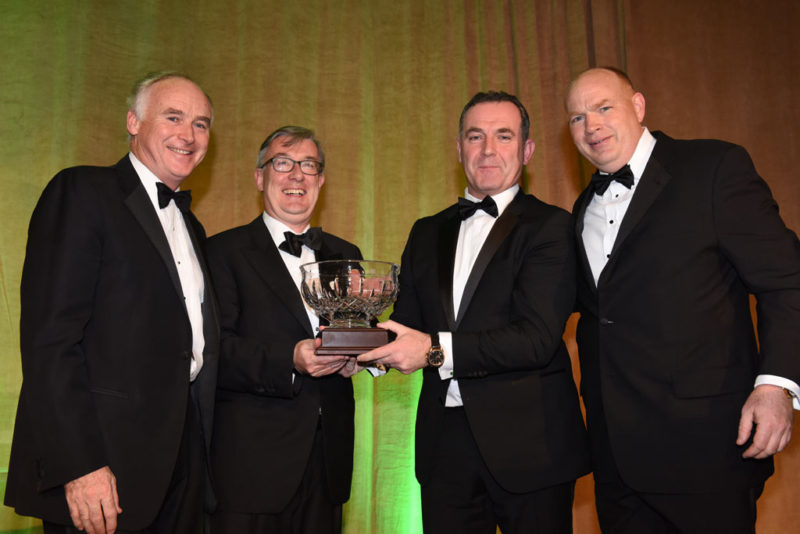 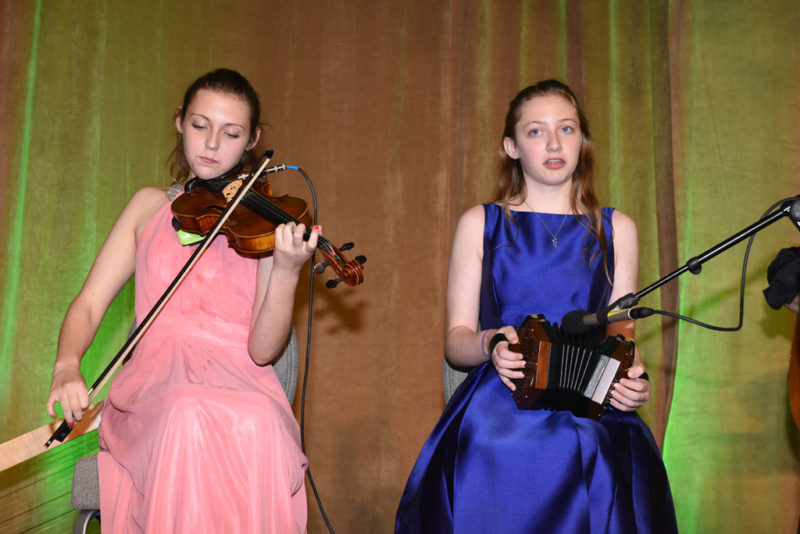 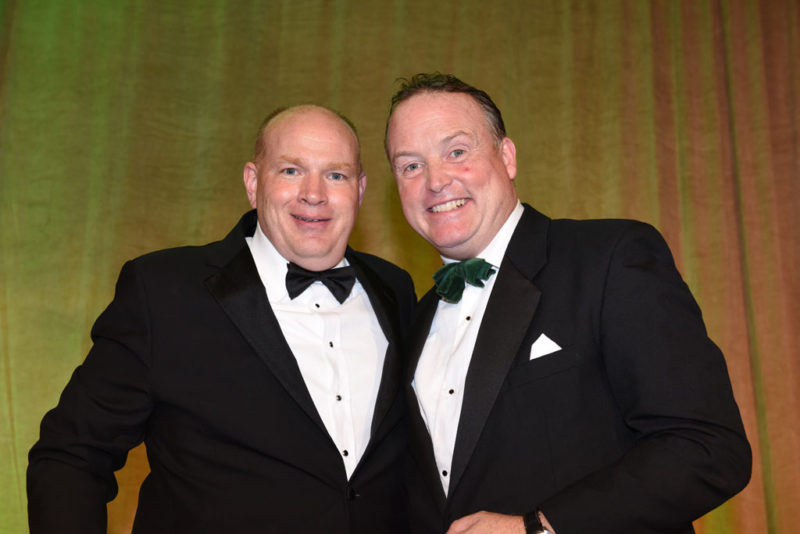 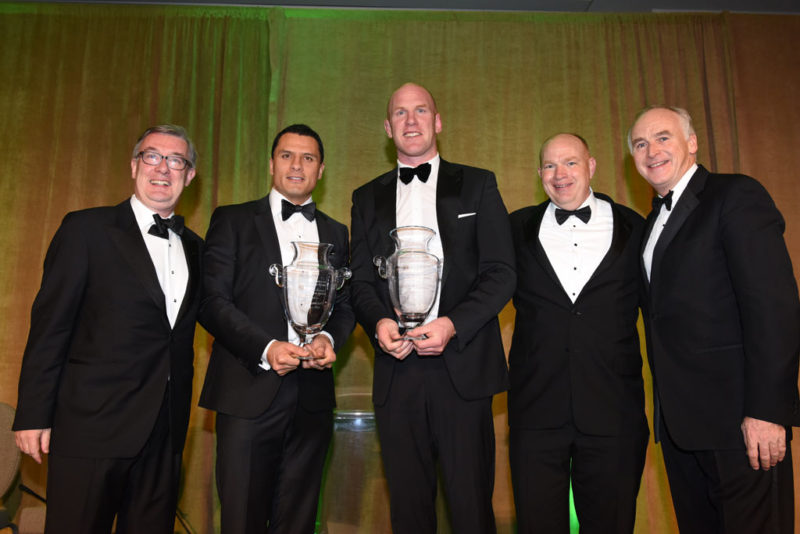 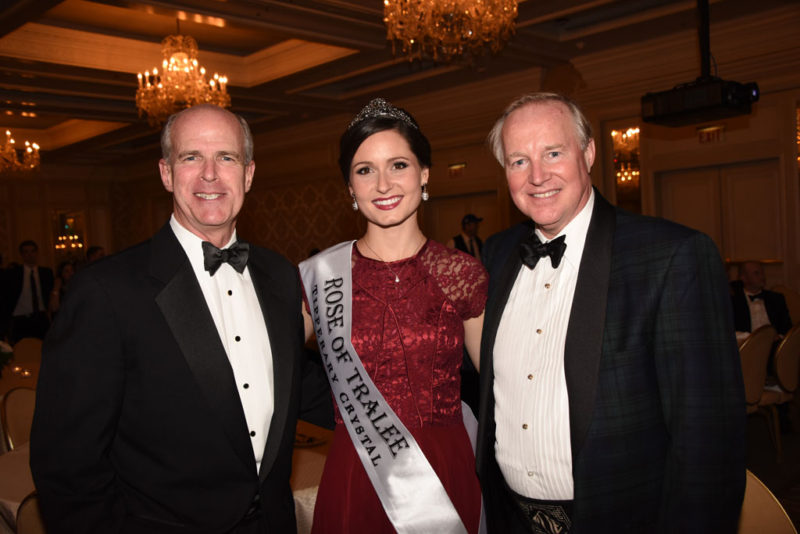