The Ireland Funds Monaco Bursaries have been established to enable literary and academic writers born or living in Ireland to pursue a current project during a one-month residency at The Princess Grace Irish Library in Monaco.

The Bursaries are aimed at writers in each category who have already published some work of note and are current engaged in work-in-progress which would benefit in some regard from holding the award.

The literary and academic Bursaries are held respectively in the Spring (February/March) and Autumn (October) of each calendar year.

In addition to the cost of air flights and accommodation, the Bursary entails an honorarium of €1,300 to be presented to holder on completion of the period of tenure. A daily subsistence will be made available in the form of weekly payments while the recipient remains in the Principality of Monaco.

Applications should be made in writing to:

Those aiming to take up the Bursary in Autumn should apply by April 30th of the same year and those aiming at Spring not later than September 30th of preceding year.

Applicants are asked to identify themselves by name, date and place of birth as well as supplying some details of their publications and giving an account of work to be undertaken while in residence in Monaco. Those applying for the Academic Bursaries should also supply CVs and the name of one or more referees.

Unsuccessful applicants are welcome to apply for a subsequent Bursary. A new letter from the applicant should be submitted if the Bursary is sought in any succeeding year.

The Ireland Funds Monaco Bursaries: Terms of the Tenure 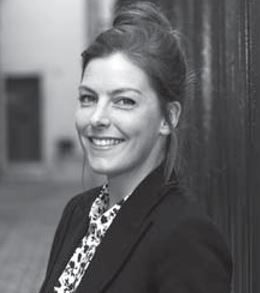 Caoilinn Hughes’ debut novel Orchid & the Wasp (Oneworld, 2018) was described by The New Yorker as ‘a winning debut novel’ and by the Times Literary Supplement as ‘a remarkable, propulsive novel.’ It was shortlisted for the 2018 Butler Literary Award. Her poetry collection Gathering Evidence won the Irish Times Shine/Strong Award and was shortlisted for four other prizes. She won The Moth International Short Story Prize 2018. Her BA and MA degrees are from Queen’s University of Belfast. Her PhD is from Victoria University of Wellington, New Zealand. A fellow of the James Merrill House, the Bogliasco Foundation, Siena Art Institute, Faber and La Napoule Art Foundation, she has been awarded a Literature Bursary Award from the Arts Council of Ireland and The Ireland Funds Monaco Award. Her writing has appeared in Granta, Tin House, POETRY, The Stinging Fly, BBC Radio 3 and elsewhere. 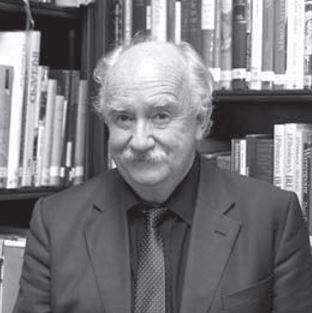 Declan Kiberd is a faculty member at English Department and Keough-Naughton Institute for Irish Studies as the Donald and Marilyn Keough Professor of Irish Studies and Professor of English at the University of Notre Dame. A leading international authority on the literature of Ireland, both in English and Irish, Kiberd has authored scores of articles and many books, including Synge and the Irish Language, Men and Feminism in Irish Literature, Irish Classics, The Irish Writer and the World, Inventing Ireland, and, most recently, Ulysses and Us: The Art of Everyday Life in Joyce’s Masterpiece (2009). He has recently co-edited with PJ Mathews Handbook of the Irish Revival 1891-1922, a ﬁve-hundred-page anthology of cultural and political writings with commentaries and introductions, published by Abbey Theatre Press in June 2015.

“I am incredibly grateful to The Ireland Funds for awarding me the Monaco Bursary as Writer in Residence at the Princess Grace Irish Library [home to over 12,500 books dealing with all aspects of Irish culture. It was a great honour and a privilege to be there, but also a great pleasure.”
– Liz Nugent, Writer-in-Residence, 2016

“It was an opportunity for which I’m very grateful to The Ireland Funds, the ever helpful library team, Géraldine Lance and Síle Jackson and, in particular, to our unofficial cultural ambassador in Monaco, Judith Gantley.”
–  James Ryan, Writer-in-Residence, 2015

“What an honour and privilege it was, thanks to The Ireland Fund of Monaco, to be Academic-in-Residence at the Princess Grace Irish Library. That memorable residency month granted me valuable weeks of literary research and, as a glorious bonus, it also provided cultural exchange, history, glamour, some unforgettable weather and much fun.”
– Dr. Mary Pierse, Writer-in-Residence, 2014

“It is less than a month since I returned from my magical stay in Monaco but it feels like it was all some kind of wonderful dream—the Princess Grace Irish Library and The Ireland Funds Monaco miraculously gave me a bursary to live in Monaco for a month, with a flat, pocket money and, best of all, a gorgeous book-lined study complete with Jack B Yeats painting to work in—alone, and in peace.”
– Dr. Vandra Costello, Writer-in-Residence, 2013

“In my office at the Library, I was surrounded by first editions of books written by some of the giants of Irish literature. At times as I struggled with a sentence that just would not submit, I could feel the giants looking over my shoulder muttering, What an eegit! But on I plodded, and being free from the everyday distractions of home allowed me to make good progress on Working for John-Joe, the memoir I am writing.”
– Tom Phelan, Writer-in-Residence, 2012

“Two weddings and a funeral: not quite enough for a Richard Curtis film but plenty to engage one’s attention over the course of a month. And between these distractions, there was the necessity for work to be done in the Princess Grace Irish Library, hardly a challenging task in such agreeable surroundings except for one almost irresistible temptation.”
– Robert O’Byrne, Writer-in-Residence, 2011

“I am presently writing a history of the world as it was back in the year 1847. I actually addressed the friends of the PGIL on this peculiar subject in 2010. And that was the crux of what I was writing during my four wonderful weeks in Monaco in the sun-drenched autumn of 2011.”
– Turtle Bunbury, Writer-in-Residence 2011

“Monaco is a theatre of dreams and fantasies and nothing could be better for a writer. It is a unique place, grounded on medieval history but insistently modern, its tower blocks surging towards the sea like a standing ovation.”
– James Harpur, Writer-in-Residence 2010